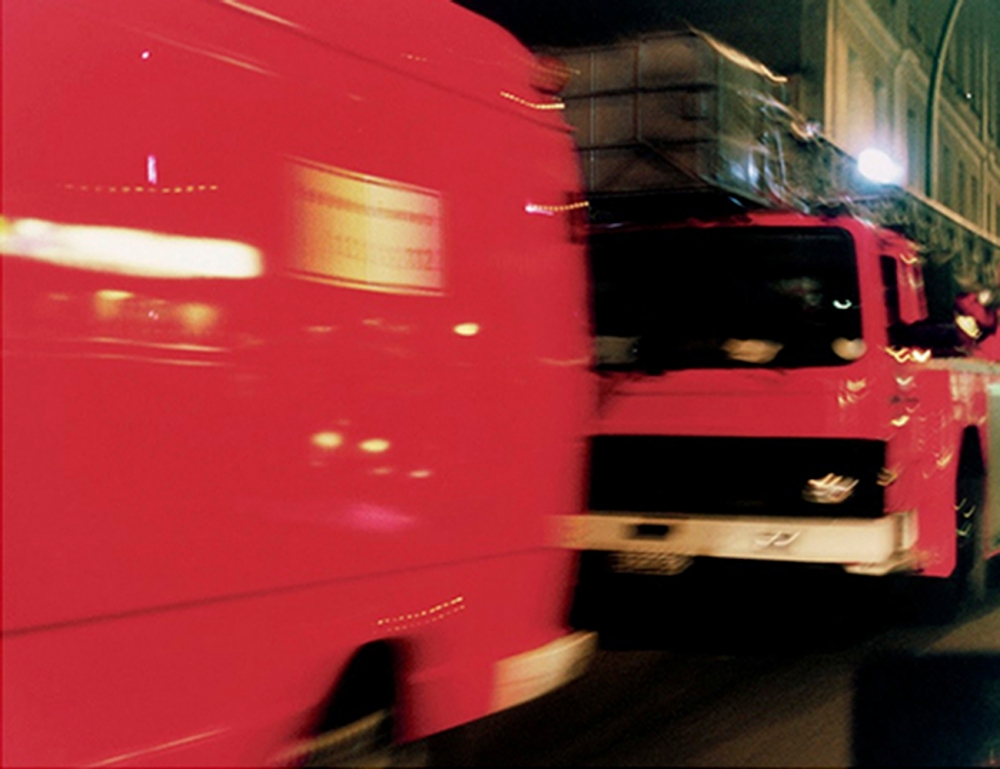 Angel of History is the first solo show in Poland by Aura Rosenberg, an American artist living and working in New York and Berlin. It follows a central theme in her work: private histories embedded in world history.

The exhibition, which includes photographs, sculptural installations and films, presents interpretations of two of Walter Benjamin’s seminal writings: Thesis on the Philosophy of History and Berlin Childhood around 1900.

Angel of History is a long-term ongoing project that includes an animated film (2013), a series of black/white prints Black Noise (2008), and a series of prints from the front page of The New York Times. The film proposes an interpretation of Walter Benjamin’s well known allegory of “the angel of history”.

In the photo series Berlin Childhood, shot entirely in Berlin, Rosenberg found that the daily routine of raising her daughter Carmen brought her in contact with the spaces and experiences Benjamin describes in his chronicle Berlin Childhood around 1900. Unexpectedly, this coincided with the history of her own family, which fled Germany in 1939. Her goal became to produce photos to match each entry in Benjamin’s book. What emerged was a retrospective look into the origins of modernity through the lens of contemporary Berlin.

Galeria Studio is also premiering a collaborative series of short films by Rosenberg and Frances Scholz based on the forty-two texts from Berlin Childhood. It features Chantal Benjamin, the granddaughter of Walter Benjamin, and her daughter Lais. In addition, it documents the commemoration of Benjamin’s tragic suicide at Portbou on the 75th anniversary of his death. It features Chantal and Lais Benjamin, Wim Wenders and Mark von Schlegell. Now the story of Benjamin and his descendants resonates especially with the global refugee crisis, and makes his forewarnings more timely than ever.

The exhibition was generously supported by Foundation for Contemporary Arts Emergency Grant and US Embassy in Warsaw. Special acknowledgements to  Frances Scholz, Chantal Benjamin, and Lais Benjamin Campos, as well as Adam Lipszyc and Franz Kafka University of Muri.