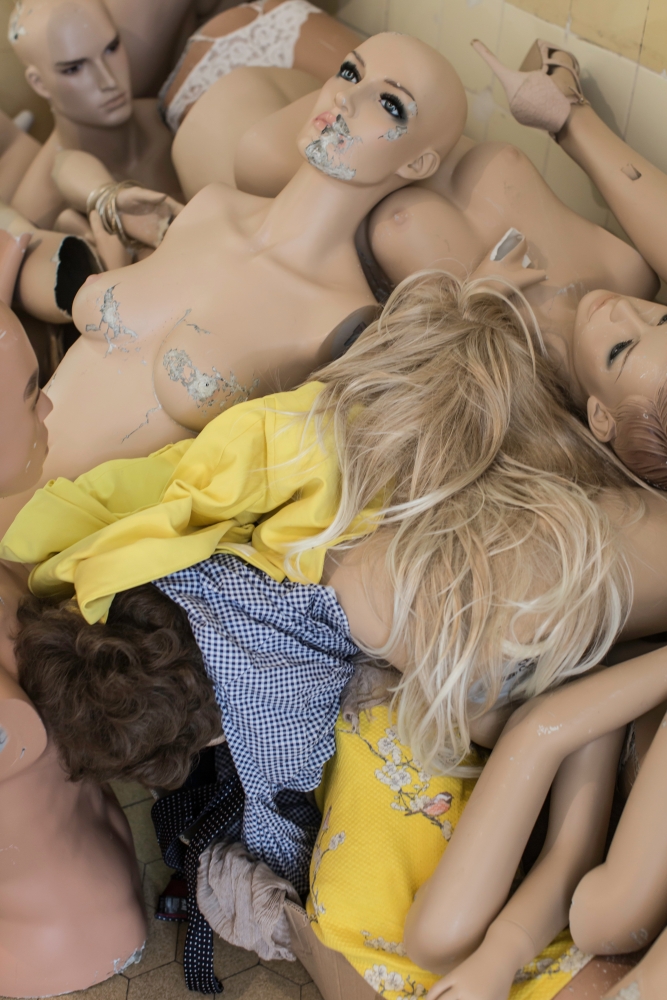 The “sex appeal of the inorganic,” the Italian philosopher Mario Perniola argues, marks the transition from an organic, bodily sexuality to an inorganic and artificial one. The exhibition limns this rupture by confronting photographs of the Vienna Actionists with contemporary actionistic positions.

John Miller and Richard Hoeck adopted Perniola’s conception for a series of photographs created in 2015 that show shattered mannequins they pushed over the edge of a precipice. They also recorded the action on video. Antagonistic conceptual pairs such as violence/civilization, consumption/idea, montage/demolition, body/fetish, and nature/artifact are the metaphors that underlie the protagonists’ forceful visual language.

Around five decades earlier, the Vienna Actionists made the human body the material of their art, integrating it into their actions in a wide variety of ways: Günter Brus subjected his body to “trials” that tested the limits of what it could bear; Otto Muehl foreground the organic and orgiastic aspect; Rudolf Schwarzkogler and Hermann Nitsch emphasized the power of ritual.

Christian Eisenberger realizes his actions in the form of Land and Street art projects. Like Brus, he takes his body to the limit, subjecting it to the natural elements, exposing it to ice and fire, burying it amid logs of wood, wrapping it up until it almost suffocates.