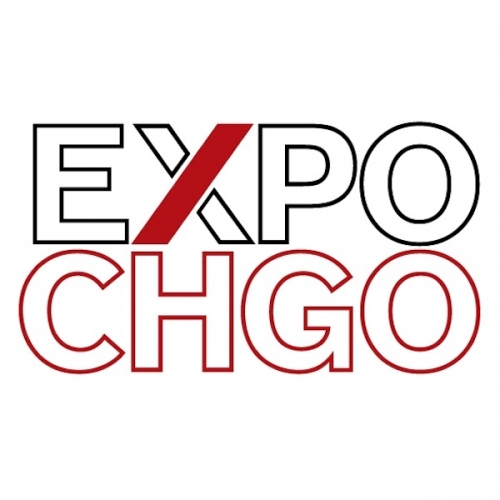 Meliksetian | Briggs is pleased to present a group of large scale paintings by Los Angeles-based artist Steven Hull in the Exposure section at EXPO Chicago 2017 curated by Justine Ludwig.

The group of paintings shown feature Hull’s ongoing interest in themes of the carnivalesque, the theatrical and the tragicomic. In the carnival, social hierarchies are reversed, societal norms and conventions upended and subverted, and the sacred mingles with the profane. This type of provocative Dada-esque imagery functions as satirical, socio-political commentary in Hull’s work, reflecting on contemporary culture, blending humor and pathos.

Steven Hull (b.1967) works in painting, sculpture, installation and sound. After gaining both his BFA and MFA from Cal Arts, Hull has exhibited extensively both in the US and Europe. He was awarded a Joan Mitchell Foundation Award for Painting in 2009 and a Louis Comfort Tiffany Foundation Award in 2001. Hull is established as an engaged and multi-faceted artistic and curatorial practitioner. His diverse interests and methods have led him to undertake a varied range of projects, which at times have included long-term collaborative efforts with other artists, musicians, and writers resulting in ambitious traveling shows and exhibition catalogues.

Hull has organized numerous publications and exhibitions including Blind Date (1998), a catalogue of 31 artists and writers’ collaborations; I’m Still In Love With You (1998-99), an album and catalogue in which visual artists and writers respond to the 1972 album by Al Green; Song Poems (2000-01), a catalogue with three CDs of 43 original lyrics, songs and album art contributed by numerous writers, artists and musicians; and Nothing Moments (2007), a publishing and curatorial project consisting of 24 limited edition books and over 400 original drawings. Hull was the co-founder of the artist-run space La Cienegas Projects that ran from 2009-2011 and presented over sixty artist projects.

In 2013, Hull participated in Glow, Santa Monica’s one night interactive art festival contributing a major kinetic light and sound installation for the event. In 2014, Hull was invited by actor and comedian Jack Black to create the visual environment for the second edition of Tenacious D’s Festival Supreme, a music and comedy festival in Los Angeles. For that project, Hull created an “art theme park” featuring installations, sculptures and performances by himself and others such as Jim Shaw and Marnie Weber. In 2017, Hull’s large-scale mural was unveiled in the city of La Jolla near San Diego, as part of the public art project Murals of La Jolla. Hull lives and works in Los Angeles.