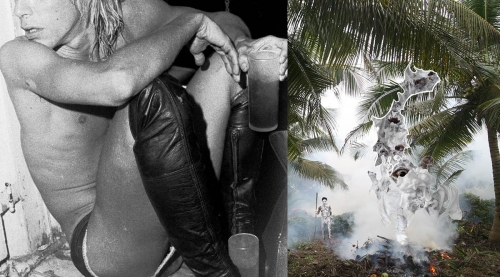 Todd Gray retells the story of a near-death experience while living with Jim Osterberg (aka Iggy Pop) on Wonderland Avenue in Laurel Canyon in the mid '70's. Acting as a griot, or African musician/storyteller, Gray presents his experience as part of an oral tradition, connecting a lineage of rock ‘n' roll from Hollywood to the Mississippi Delta, Chicago Blues and back into the traditional African drumming that textures his performance. Gray has worked as a photographer, performance artist and sculptor who has, amongst other roles, documented Michael Jackson and has shown work as part of the third edition of the Hammer Museum's biennial Made in LA: a, the, though, only. Gray's performance is presented courtesy of Meliksetian | Briggs.